... I battled with him, Matt Stevens and Alister Hawkins for the 1st place of Race 2, achieving 2nd in the end right behind Lawson and with the fastest lap...

The first 14 years of Jayden Huynh’s life saw him frequently in and out of hospital as he battled with constant internal bleeds caused by his haemophilia, a chronic bleeding disorder. It meant that he wasn’t really able to sit for long periods of time, couldn’t really grip a steering wheel and even had issues relating to his wrists, ankle and knee joints, which left him dependent on the use of his wheelchair. With the constant pain and immobility, it meant that his dream of doing any form of competitive motorsport was really just that, a dream.

In 2018, during the initial two year trial with Hemlibra (a new TGA approved treatment to manage haemophilia A in people with factor VIII inhibitors), Jayden was able to start being more active without the fear of suffering further bleeds. By 2019, that year saw him achieve some incredible milestones with a valuable work experience at Simply Sports Cars working amongst race engineers, an amazing finish to his Year 10 school studies and completing all three levels of the Ricciardo Racers Program which he thoroughly enjoyed. So with those goals completed, Jayden decided to try his hand at Esports simracing on the iRacing platform.

Little did he realise he would quickly be competing with current international Formula 3 driver Liam Lawson (and other high profile drivers) but also demonstrating some very competitive results with very little experience on the platform.

Liam is part of the Red Bull Young Driver Program and has won on debut in every category he has raced: Formula First, Formula Ford, Formula 4, Formula 3 Asia and the Toyota Racing Series where he also completed the series as champion this February in New Zealand. 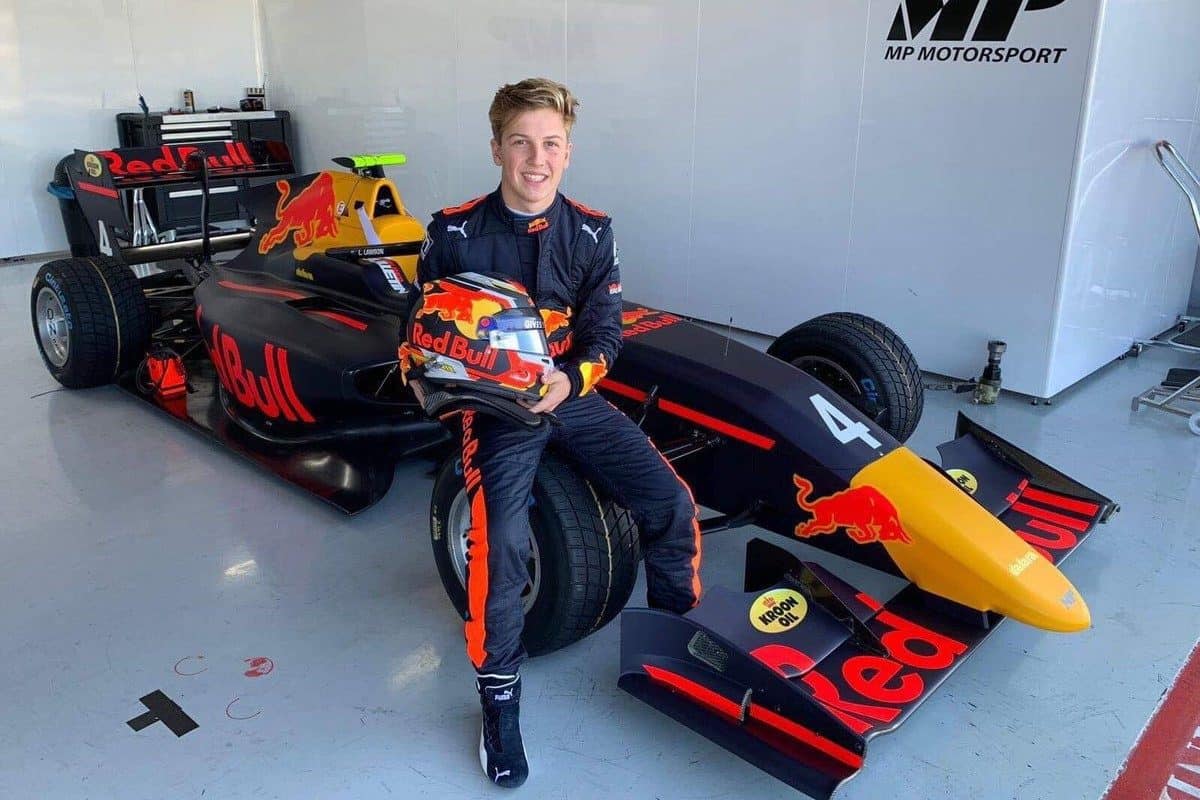 jayden fulfils his life goals with the help of hemlibra

The many years before Jayden had access to Hemlibra, he would have been spending a large portion of time either managing small bleeds at home or stints in hospital for more major haemophilia related bleeds, and going about his life in his wheelchair.

Effectively it meant all he could really do was maybe play on his mobile phone or a playstation to avoid putting pressure on his joints and due to the constant moving between home and hospital almost every 2 weeks at a time.

Since using Hemlibra, it has effectively put an end to the frequent hospitalisations, and for the first time in his life, he has been able to try and attempt activities he has always dreamt of, like Esports simracing. 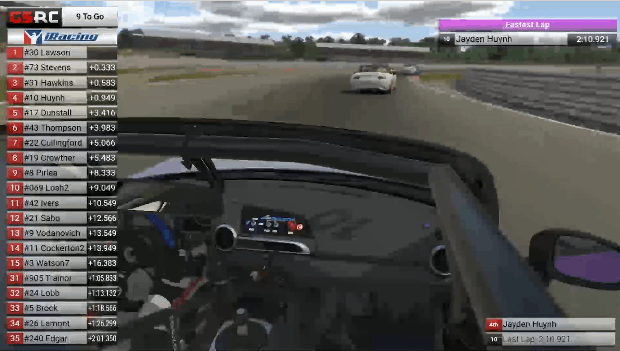 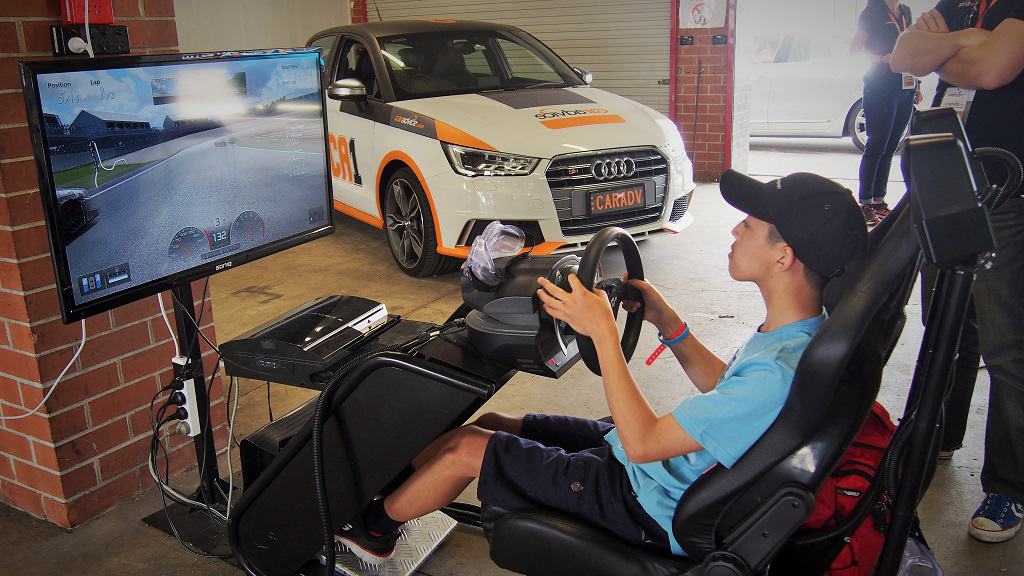 WHAT HAS IT MEANT TO JAYDEN? 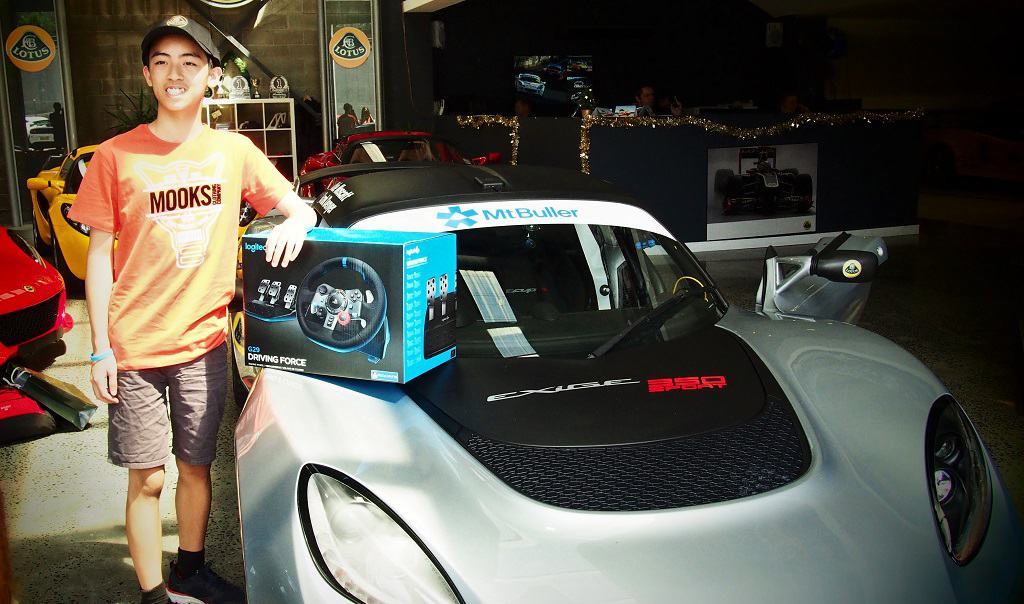 It was when I got Gran Turismo 5 on the Playstation 3 that I really got into racing. Playing the single player mode, I learnt the basics of driving, slowly developing my skills with less and less of the driving assists.

I was eventually gifted a Logitech G27 Steering Wheel to use on Gran Turismo, which was a massive step up from the normal game controller! With electric motor force feedback, H-pattern shifter and accelerator, brake and clutch pedals, this was my first taste of what it was like to be a racing driver, and it motivated me even more to learn how to improve my skills and be quick with this new wheel.

This was all during the early 2010s of my life, where bleeding and bruising was still a common occurrence that took me away from, and even occasionally even caused by, my new favourite hobby. But this didn’t stop me from pursuing my dreams of racing, and by Year 7, I was driving on Assetto Corsa, a PC racing simulator, against people online.

In multiplayer racing, I now had a place to be very competitive and show my skills, becoming a lot more motivated to do well and learn more and more each time I played. Over the next couple years, I would compete in many events and organised, multi-race leagues, getting better and better results each time and getting faster and faster.

This was all while trying to keep my delicate haemophilia in balance to ensure I could keep doing my racing and not hurt myself doing it. The times I did get bleeds would take me away from the steering wheel for 2 weeks or more on average, preventing me from developing my skills and occasionally missing out on fun racing.

When I started Hemlibra in 2018, however, these break periods disappeared almost entirely! Not only could I race more than ever, but also more confidently and aggressively without causing bleeds, allowing me to do some incredible things, from racing virtual Formula 1 cars, touring cars, V8 Supercars and more, to participating in my first 24 hour races with online teammates.

My most recent endeavour has been racing at Round 8 in the iRacing 2kCup Mx5 league, which served as a virtual substitution for the real life New Zealand racing series. Because it was virtual, many real life Australian and New Zealand racing drivers from all parts of the country also joined in, such as V8 Supercars driver Shane Van Gisbergen and Formula 3 driver Liam Lawson. The latter decided to join the final round of this league which I managed to sneak into as well, and I battled with him, Matt Stevens and Alister Hawkins for the 1st place of Race 2, achieving 2nd in the end right behind Lawson and with the fastest lap!

All of this couldn’t be possible without the introduction of Hemlibra, and I can now hopefully focus on getting on the track again in a real car in a real race too!

HOW HAS It HELPED IN jayden's daily life?

His achievements can’t be underestimated considering the difficult time he has had in his early life stages. With access to Hemlibra, the last 30 months has enabled him to grow tremendously in confidence as he has been able to pursue his life passions with a freedom and level of health that he has never enjoyed before. It comes as no surprise that it is attributed to the use of Hemlibra which has transformed Jayden’s ability to manage his haemophilia, so he could focus on living out his dreams.

Due to the incredible results in achieving absolutely zero bleeds since starting Hemlibra, Jayden’s been super fortunate to continue using Hemlibra on the Post Trial Access Program, compassionately granted by Roche pharmaceuticals. With such positive outcomes, how could you not allow continual access to a ‘miracle drug’? This opportunity for Jayden is not only life-changing, but provides so much hope for a truly rewarding and fillfilling future where he can achieve his motorsport career as well as his engineering career, without limitations to his physical health.

Read about his academic progress for Year 11