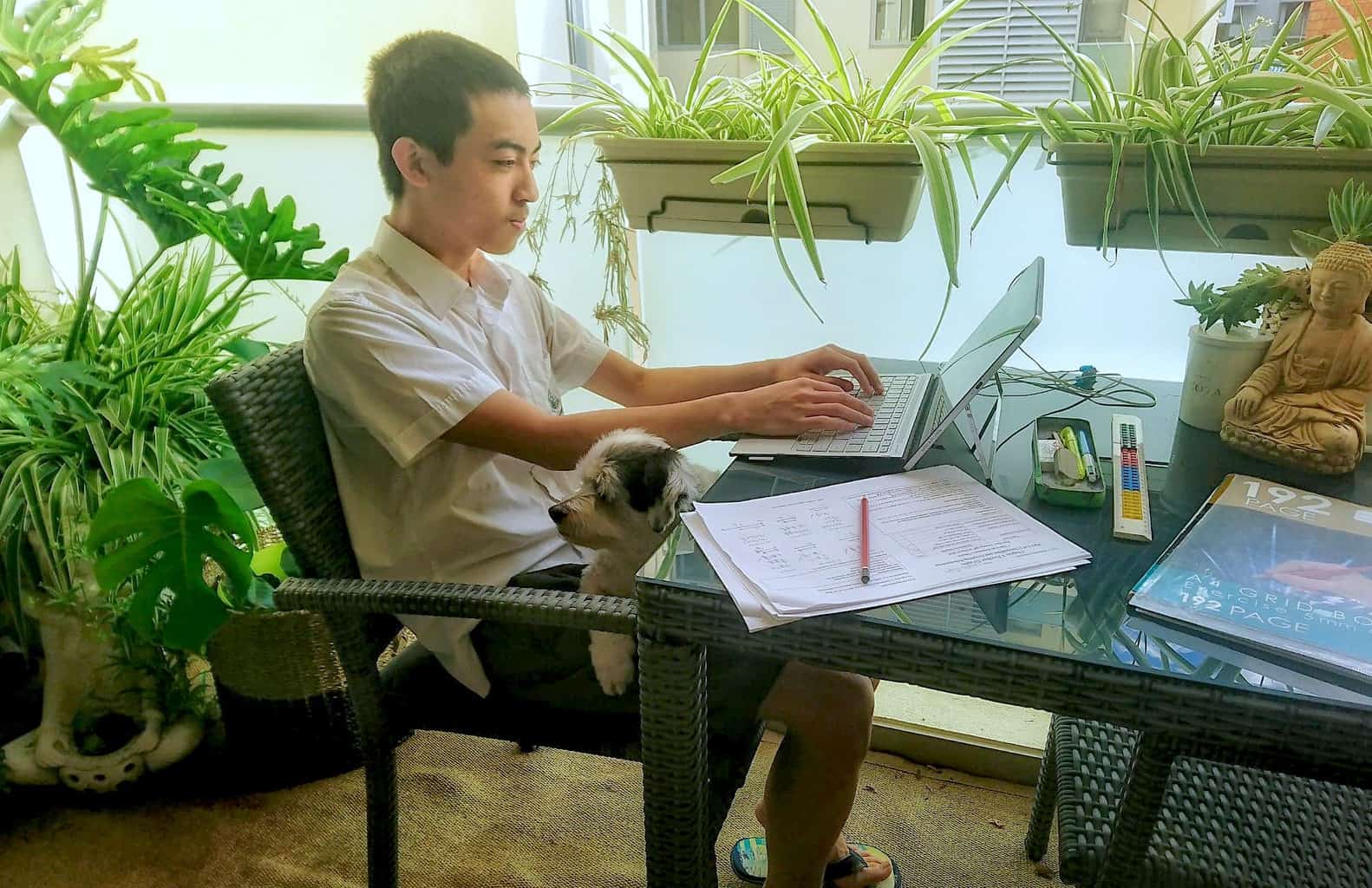 ... I am writing to offer you my congratulations on your Half Yearly report which I have read and signed recently. I was impressed with the number of positive comments and pleasing results you have achieved.

Nobody could have predicted the massive global health scare that have taken place in 2020. The current pandemic was even more difficult for Jayden and I due to his range of health conditions, so we made the decision to self isolate very early on and with the support of Randwick Boys High School, we prepared Jayden Huynh’s study plan to make sure he wouldn’t fall behind the other student’s that were still attending face-to-face learning in the school environment.

As a mother, I was concerned with my anxiety levels going through the roof. It was a double whammy. How do I protect my child from falling gravely ill with Covid-19 that could be life threatening for him, but at the same time, how do I make sure he doesn’t fall behind during the most important last two years of his high school education?

With balancing self-isolation and home schooling, no doubt it certainly has been a very difficult six months for our family. Fortunately Jayden took these extraordinary changes on with sheer determination to do well in spite of the challenges. With the shift to online learning, Jayden was able to complete all his school needs with a laptop provided by Variety Children’s Charity through the Variety’s Education Technology Grant he was awarded back in 2016. This laptop helped tremendously for Jayden to express his thoughts more effectively and produce impressive written work, overcoming his challenges with dysgraphia, a writing disability that impacts written language.

With schools transitioning to home learning, Randwick Boys High School has been amazing with their support for families, with dedicated teachers being creative with how they deliver their online lessons to help their students keep up with their educational needs. This is the very first time we have seen this tremendous shift to the education department, and one we are immensely grateful for.

Whilst Jayden couldn’t physically attend school, he continued to wear his school uniform every weekday and got stuck into his online learning each morning, taking recess and lunch at normal school times, and studied as best as he could throughout the day. We stuck by the school’s regular timetable to give him a routine that he could easily follow and keep him in the rhythm. As a student with autism, he didn’t mind learning from home and was equally capable completing tasks on his own pace. Our quiet home environment provided him less distraction which helped him cope better with sensory challenges, so this environmental change was actually a blessing in disguise.

Given the enormous change to Jayden’s home and school life, I am so proud and thrilled to read Jayden’s academic achievements in his half-yearly report with some incredible results across nearly all his subjects. The only blip was an anxiety induced ‘brain blank’ that Jayden had during his Mathematics Extension 1 Exam, although even with that occurring he still managed 39/50.

What I’m most excited to see is the 98/100 he achieved for his Engineering Studies that placed him #1 in the class – this is an area he wants to pursue as a career. With these tremendous results, he is starting to see the light at the end of the tunnel with close to 100% school attendance rate, zero bleeding episodes due to his new ‘miracle drug’ Hemlibra and a happier daily life with his freedom and mobility. His wheelchair has been banished into storage!

HOW DID WE MANAGE JAYDEN' CHRONIC HEALTH CONDITIONS? 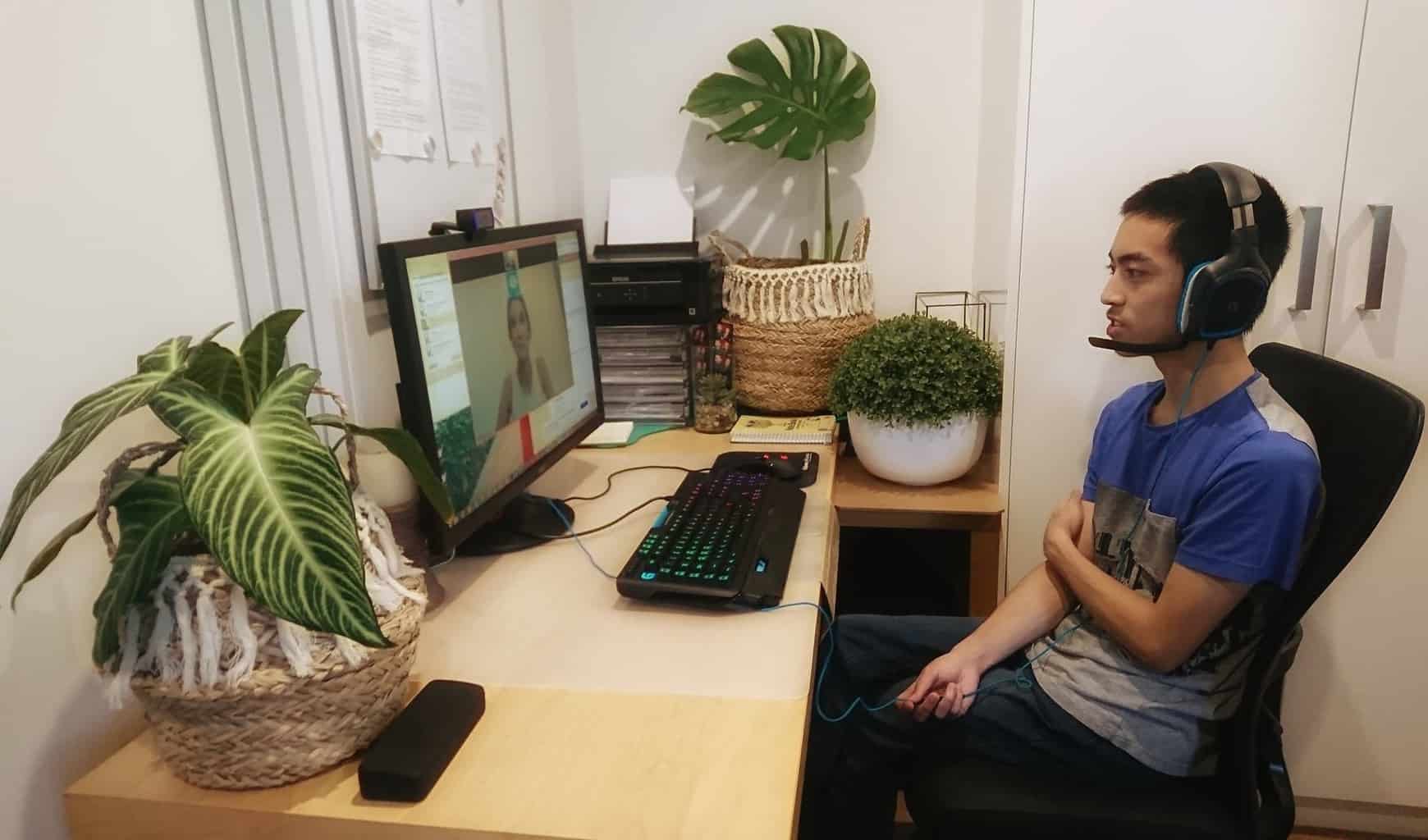 Jayden is a highly motivated learner with clear goals for his future. That unfortunately came with intense anxieties, hence, when you mix a lifelong bleeding disorder, autism, anxious feelings, and teenage hormones, that’s a recipe for enormous meltdowns. Due to his autism, he is sensitive to criticism, gets easily frustrated, has anxiety attacks and at times lacks self confidence. Whilst Jayden experienced a bleed-free life since starting Hemlibra, he still had some anxieties with his weekly injections as there would be times where the injection site caused him some discomfort. So, in between Jayden’s schooling, I organised for Jayden to receive weekly psychology sessions with a Clinical Psychologist at Sydney Children’s Hospital to help with managing his severe anxiety.

It was vital to stay on top of his mental health and well-being, especially during the adolescent years and more so during the current Covid-19 pandemic. This gave him access to a professional therapist who had extensive knowledge helping him to overcome the anxious feelings he had around his education, health, future goals, and relationships with family and his peers. A combination of continued work with his psychologist, as well as occupational therapy using sensory techniques was beneficial to help reduce Jayden’s anxiety and ability to self regulate.

Since 2013, Jayden participated in regular Occupational and Speech Therapy at Kickstart Kids Therapy in Randwick to help improve the difficulties he had with his multiple diagnosis. The center focuses on therapy for children and young people that identifies and treats not only the presenting issues but the underlying causes for each child. Specific therapy for Jayden focused on a number of areas, particularly his ability to process sensory information in order to regulate his levels of attention across the day, which helps to manage his anxiety and increase focus and concentration. Occupational Therapy also aimed at building Jayden’s gross and fine motor skills, and specifics on his handwriting including letter formations, planning, sequencing and completing written expression. Speech Therapy worked through Jayden’s receptive-expressive language disorder, as well as understanding social cues / interactions and sarcasm, all of which impacts on his self esteem. With social distancing in place, we were able to participate via telehealth which was invaluable to Jayden’s progress. These regular therapies has helped calm his nervous system and increase confidence in himself which is evident in his half yearly reports.

Using a laptop to overcome Dyspraxia and Dysgraphia.

Jayden’s handwriting challenges were continuing to impact significantly on his ability to complete school work to the level of his peers. His occupational therapist recognised that he presented with dyspraxia, a condition that is impacting on his fine and gross motor skills, affecting his ability to complete handwriting tasks. He also presents with dysgraphia, a writing disability, where Jayden finds it difficult to form letters or write within a defined space. These challenges greatly impacts on his written language. With both diagnosis, Jayden struggles to plan, organise and create pieces of handwriting at age expected level.

Occupational Therapy aimed to address his challenges, and also involved using a laptop in order to complete written expression tasks. The quality and speed of Jayden’s work is considerably greater when typing on a laptop compared to using pen and paper. Witnessing this significant improvement, we submitted Jayden’s occupational therapy progress reports to Randwick Boys High School, and requested for them to allow Jayden to use a laptop to complete all his school tasks. With their approval, we then applied for a laptop through the Variety’s Education Technology Grant. Thankfully, Variety Children’s Charity awarded Jayden with a lightweight laptop that met both his writing disability and his bleeding disorder (the recurrent internal bleeds in his wrists and finger joints throughout his childhood life resulted in weakness and loss of strength in his hands).

With Jayden’s new way of haemophilia management, it meant he didn’t need to spend 45 minutes of his day connected to an infusion pump for three times a week. With Hemlibra, it was a simple tiny needle injected into his stomach fat weekly that actually worked to prevent bleeding episodes. He took this new medical routine with some adjustments but eventually he saw the benefits and hasn’t looked back ever since. 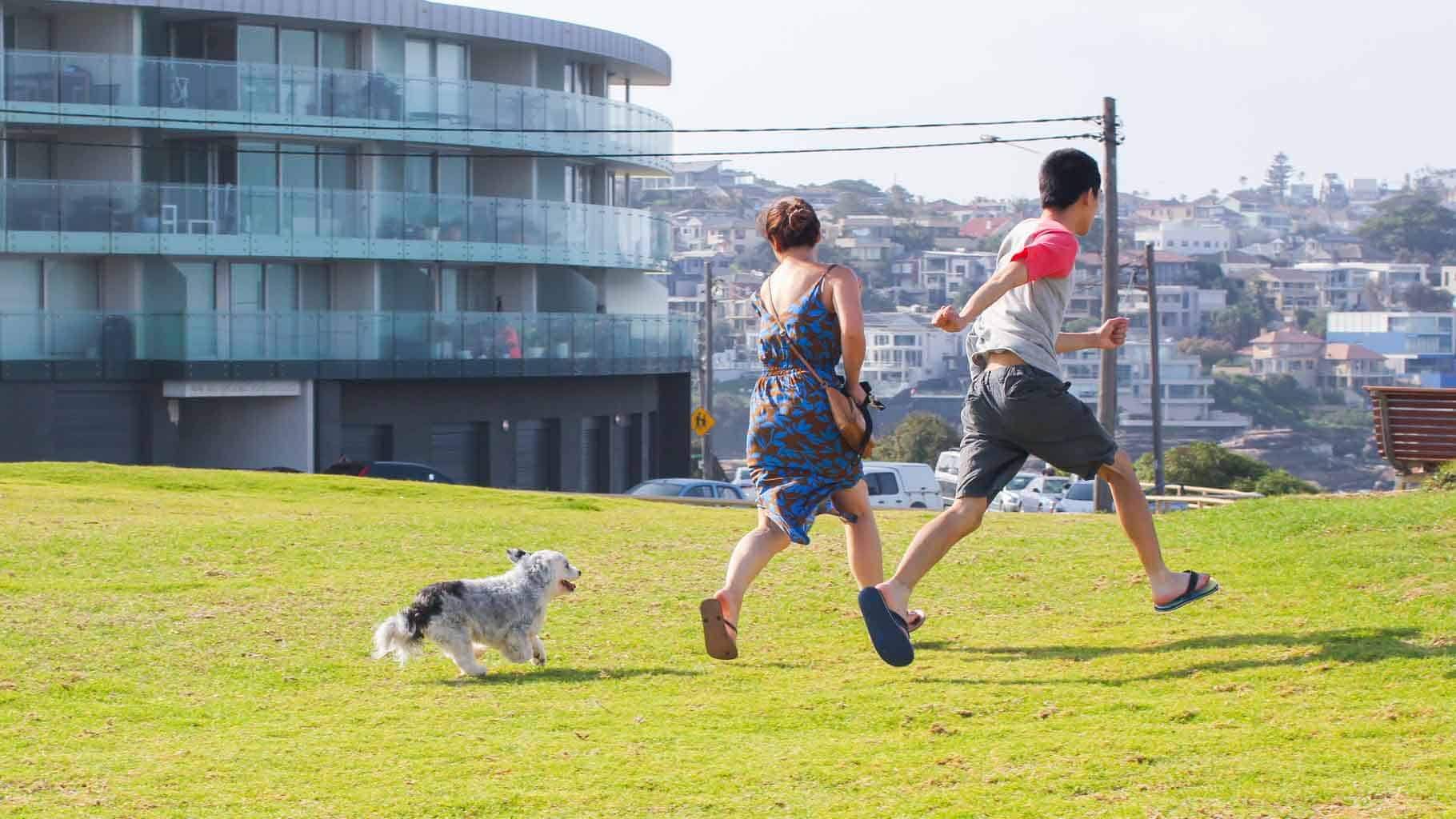 Not a single bleed in 30 months, the first time in his life.

While many other teens play sports on the weekend or attend after school tuition, Jayden requires intensive therapies to help with his personal development. They have become an important part of his life. This was also made possible since starting Hemlibra, as his bleeds significantly reduced, it gave him the opportunity to focus on other areas he struggled with, and not just his bleeding disorder where the time he used to spend in hospital is now spent on autism therapies. By doing so, it helped Jayden to achieve his academic goals. We couldn’t have done this without Hemlibra, with not a single bleed in 30 months. That’s 30 months of new found opportunities to live his life to the fullest.

As the saying goes “With every difficulty is an opportunity in disguise” and we couldn’t be more happier with how things have turned out during what is unprecedented times. My advice to all parents out there is to continue to advocate for your child’s needs, find what works for them, and don’t be afraid of changes. Embrace them, and know that your child will achieve whatever they set their minds to. Be patient and kind. More importantly, support them no matter how hard the situation is, because they need you to be their strength. Your family can do this. Don’t lose hope.

WHAT HAS IT MEANT TO JAYDEN? 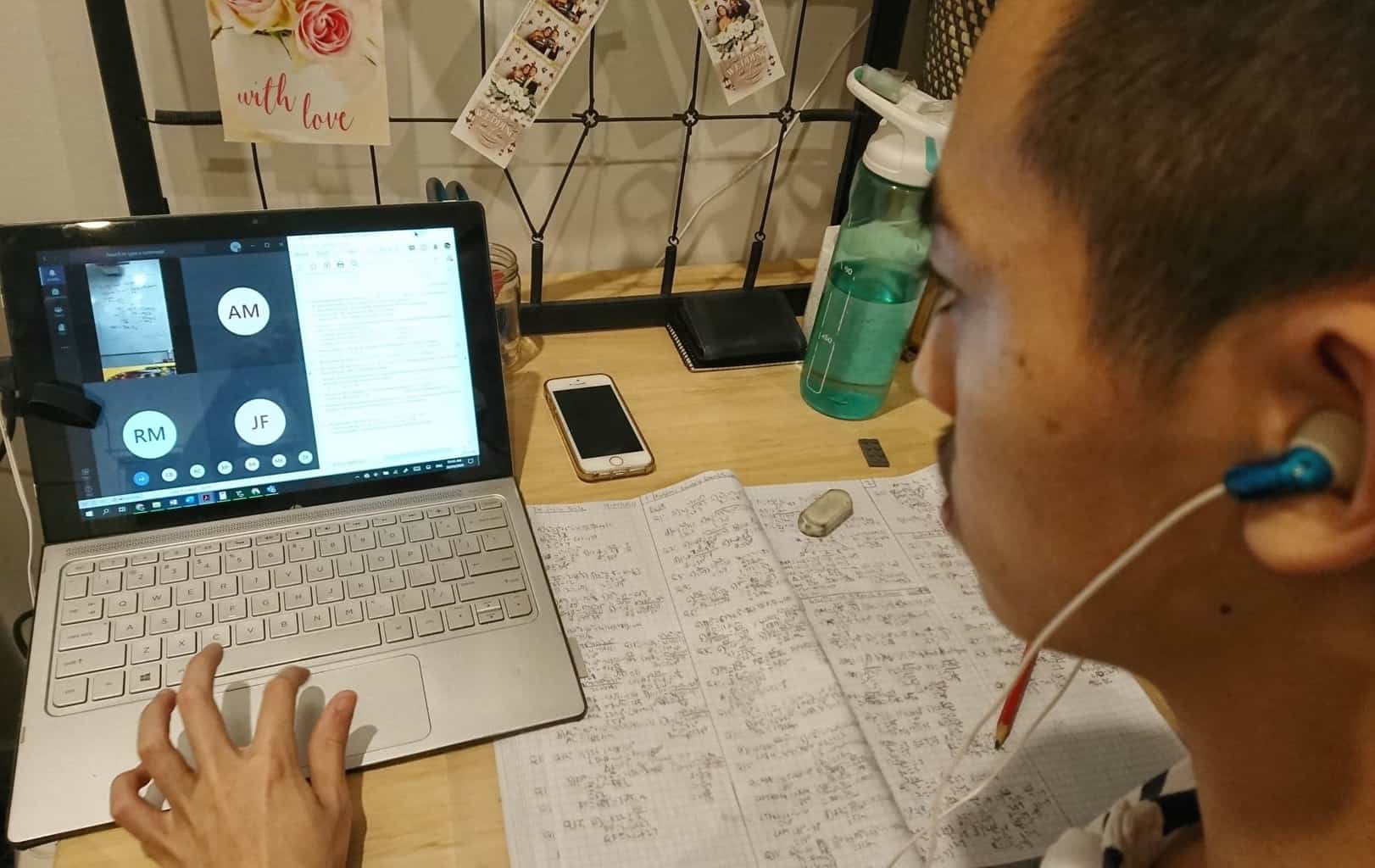 Despite having the national lockdown that stopped us all from being at school near the end of Term 1, a combination of work ethic while at home, and the presence of online learning with the use of my laptop provided by Variety Children’s Charity helped me to complete all remaining assignments of Term 1 and 2 and rejoin school with a relatively good semester 1 result across all subjects.

I stopped attending school by Week 6 of Term 1, shifting my learning seamlessly to online work and submission. Completing assignments for Maths, English, Engineering and Busness Studies at home, we moved into Term 2 with online classes that gave me a more direct learning experience than ever before. By the time I came back to school in Term 2 Week 4, almost all results of my Term 1 assignments were ready and were very good!

I got the highest marks for English and Engineering, as well as one of the top marks for Maths and Business Studies. The move into the next set of assessments and exams was also seemless. Even if my exam performances may have been affected by the extended period of school absence, because this applied to everyone else in the class too, my results were actually relatively ok!

As I await my results for these Term 2 tasks, the Half-yearly report helped to confirm my efforts from the Term 1 assignments, achieving over 90% for 4 of my subjects and top 10 of the class for almost all of them.

A good start to the year! Hopefully my Term 2 results improve on this even further and help me achieve a good result for the end of the year!