Eli and his Severe Haemophilia A Chronic Bleeding Disorder

A little boy with haemophilia

When Eli was born, he was a perfectly healthy baby. It wasn’t until he was six weeks old and he underwent a medical procedure that life for his family changed forever. 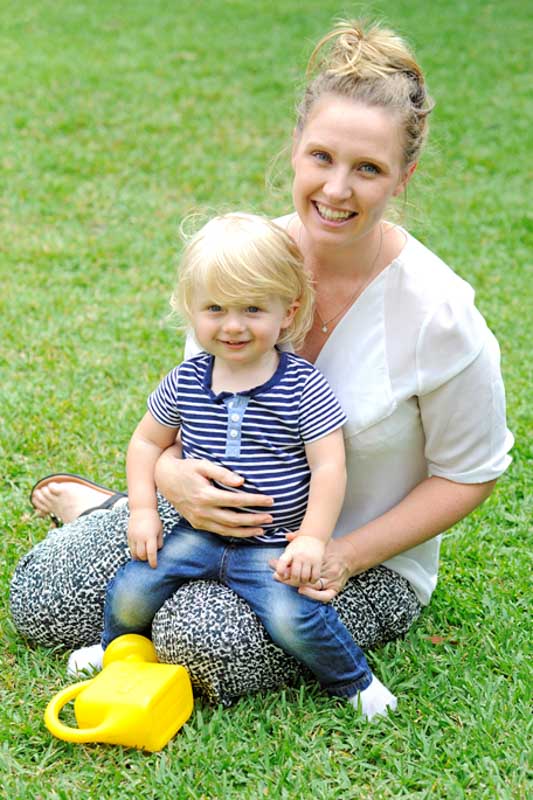 “I went to check on him in his cot and there was blood everywhere,” his mum Stacey said. “I rushed him straight to the Emergency Department at Sydney Children’s Hospital, Randwick where they fixed him up.” But the story doesn’t end there. Medical staff ran a number of tests on Eli and Stacey and her husband Gus were called into a meeting with doctors. They were told their son had Severe Haemophilia A. “It was such a shock to us, I had never heard of Haemophilia before and there was no history in our families,” Stacey said.

“I basically cried for a week and a half [after the diagnosis],” says Stacey. “It was hard for me to understand that we were the unlucky ones.”

“The doctors were great. I had a billion questions and they answered every single one of them. They basically said that it’s a bad condition, but a manageable one. When you are first told, you don’t see it as manageable, but now I understand that it is.”

Now Eli is a toddler and the family is slowly coming to terms with Eli’s condition and the treatment required. About once a month Eli will need to be admitted into the Emergency Department for treatment. A scenario which became even more common when Eli was first learning to walk. “When he first started to walk he was constantly covered in bruises”. Stacey has learned which bumps require a trip to emergency, and they are at the hospital at least once a month. Adventurous Eli frequently leaves his parents’ hearts pounding.

“The other day I turned around and he was on the top of the couch, and dived into the cushions,” says Stacey. “He got up and thought it was so funny.

“It makes me cringe, but at the same time we don’t want to wrap him in cotton wool and not let him play with his toys,” Stacey said.

Falls that look nasty can sometimes be harmless; Eli recently whacked his head on a gas outlet, and there was no bleeding. But sometimes emergencies will come seemingly out of nowhere.

“A few of his bruises and bumps, we don’t know where they’ve come from,” says Stacey. “The bleeds you don’t see are the worst; they are internal and can go into his organs or his joints.”

“One of the hard parts is restraining him when we are in the Emergency Department, he just wants to get down and play with the other kids but obviously he can’t,” she said. Despite everything the family is going through, Stacey had nothing but praise for the staff of Sydney Children’s Hospital, Randwick. “We are so impressed with the staff at the Hospital, the team in the Emergency are great and we are usually seen straight away,” she said.

At the moment Eli is treated on a needs basis, but when he turns two, the Hospital will put together a treatment plan to ensure he can live his life to the full.

Stacey has become an expert in keeping Eli safe. “Sometimes I forget he has haemophilia, which is lovely,” she says.

“He is so much fun. Whenever I speak to the mothers at mothers group, and tell them my story, they say, ‘what?’ He’s the easiest kid. “Besides his haemophilia, he makes things so easy for us.” 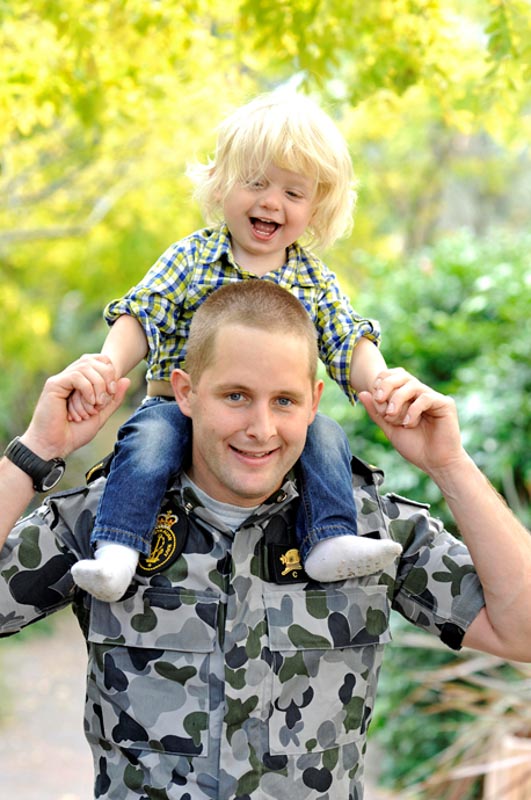