What is von Willebrand disease?

The most common type of bleeding disorder in women

What is von Willebrand Disease? 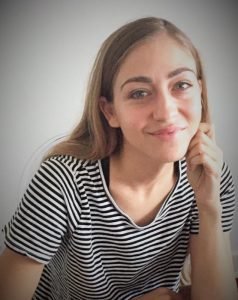 It is a deficiency of the von Willebrand Factor (vWF) in the blood. vWF normally works to prevent bleeding if there is an injury to a blood vessel. In this scenario, platelets in the blood will clump together to plug the hole in the blood vessel to stop the bleeding. vWF acts like a sort-of glue to help the platelets stick together and form a blood clot.

In someone with vWD platelets are not able to stick together efficiently to prevent bleeding. In this case, patients with vWD may suffer heavy, hard-to-stop bleeding after an injury such as a fall or during an operation. Bleeding may also occur spontaneously, for example with recurrent nose bleeds. Women often experience menorrhagia, heavy menstrual periods that last longer than average, and hemorrhaging after childbirth. If left untreated, it raises the risk for anemia and dangerous bleeding requiring hospitalisation.

Some of the treatment options for patients with vWD include desmopressin (DDAVP), a hormone replacement which stimulates release of vWF, and infusion of the vWF.

It is estimated that vWD affects approximately 200,000 people in Australia, but most people will have few or no symptoms. Many people with vWD may not know they have the disorder because their bleeding symptoms are very mild.

When Chloe’s periods started at the age of 14, it didn’t stop until she was 19. Yes, she bled for 5 years straight! Chloe developed severe anemia due to the severe blood loss which landed her in hospital on numerous occasions that eventually led to the diagnosis of her bleeding disorder.

It took a long time for doctors to diagnose her condition, as haemophilia or von Willebrand Disorder was usually recognised in males only.

Chloe has spoken loudly to stand up to the many other women struggling with abnormal bleeding. She says:

“I have had first hand experience in discrimination in regards to this over the last 7 years when needing assistant [SIC] to help control severe bleeding episodes that there is a great lack of education and awareness about bleeding disorders and that they can happen amongst women. I found it particularly hard at times for even doctors to treat me equally when presenting at emergency rooms and being refused treatment altogether because I’m either a female or not taken seriously, and still do to this day. This has been mostly due to a lack of knowledge and awareness and this happens all over the world. This condition has presented me with the most challenging times in my life but by meeting other patients and specialists, and keeping up to date by attending conferences and events I’ve been able to improve my quality of life and will continue to do so to help & reach out to others.”